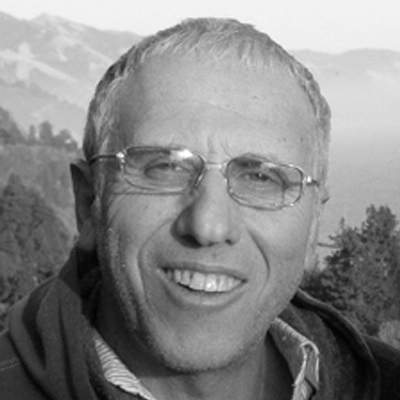 LIt shows you the truth of life, it gives us the opportunity to see things clearly as they are, and to be able to let go.

Larry Schultz was born on November 14, 1950 in 1989. Since then, over 5000 students have participated in our 200Hr Yoga Teacher Training program

In his early life Schultz was living in Texas in the late 1970s and early 1980s working as an insurance salesman before he started yoga. From 1977 until 1980 he was the District Sales Manager for Union Bankers Life Insurance Co.

His yoga career started in 1982 when he met K. Pattabhi Jois in 1982 during a yoga workshop hosted by Stan Hafner. Schultz continued to study under K. Pattabhi Jois for the next 7 years in India and the USA.

In the mid 1990s Schultz traveled on tour with the Grateful Dead as the band’s personal yoga teacher until Jerry Garcia died. While on tour with the Grateful Dead one of the band members asked Schultz what was the name of his yoga. Schultz said it didn’t have a name, at which point in time Bob Weir said, “it should be called Rocket Yoga, because it gets you there faster.” It was Weir who encouraged Schultz to write his first book on yoga, “Ashtanga Yoga As Taught by Shri K. Pattabhi Jois.” Phil Lesh from the Grateful Dead on Schultz’s impact on the music!

“I think both yoga and the new soundspace had a real effect on the music for this tour.”! In 1991 Schultz founded It’s Yoga at 848 Folsom Street in San Francisco. At It’s Yoga Larry created a promotional package that was called “90 days for 90 dollars.” At the time yoga was mostly done by small groups in homes, and Schultz’s yoga studio as a health club concept was an industry first. It’s Yoga on Folsom street attracted many, including notable celebrities such as San Francisco 49ers players and Christy Turlington. Schultz’s It’s Yoga came to be credited as one of the pioneers of yoga in the region. In 2002 It’s Yoga moved downstairs to a larger space in the same building at 848 Folsom street. Schultz’s notoriety in the South of Market, San Francisco area led him gain a second nickname, “The Mayor of Folsom Street.”! Schultz gained notoriety during his life for creating the Rocket Yoga series of yoga sequences that are today considered to be the foundation Power yoga. Rocket Yoga sequences include the Rocket I, Rocket II, Rocket III, and Modified Primary Series. Schultz claimed his strength came from teaching 9000 yoga classes & performing 63,000 sun salutations. Schultz said of his teaching philosophy:

There is nothing more satisfying to me as a teacher than to watch the glow with which people arise from Savasana. Often people walk into It’s Yoga with worry, stress and tiredness written all over their faces but when they leave, they show the effects of Ashtanga Yoga: they feel better and look better, lighter, freer, more relaxed and energized. This is why to me, teaching Ashtanga Yoga is a kind of self-realization; every time I lead class I, as a teacher, grow and express the insights of my own yoga. I see people take in the practice from various angles and develop, change and transcend their limitations, realize their possibilities.

Larry Schultz passed away sadly for many on February 27, 2011 in Toledo, Ohio.

“I think both yoga and the new soundspace had a real effect on the music for this tour.” —Larry Schultz